If there was going to be a debate held on the most successful gas turbine ever produced, plenty of people would be pitching for the Rolls-Royce M250.

This remarkable little engine first landed on the drawing board of the Detroit Diesel Allison Company in the late ’50s, yet it remains the backbone of the Rolls-Royce helicopter engine business today; is loved and trusted by those who fly it and, continues to be specified for new airframes. (Rolls-Royce purchased Allison in 1995).

This year, the M250 hit the 250 million operating hours milestone. It has been in continuous production since 1962 and is still the benchmark for reliability and efficiency in the helicopter and light aircraft markets. Almost 33,000 engines have been produced so far and half of them still in operation powering 125 different airframe applications all over the world.

According to Tim McGrath, VP Customer Business Civil Helicopters and Light Turbo-Props for Rolls-Royce: “Pilots know they can rely on it, owners know it’s the most cost-effective engine in its class, and companies designing new airframes know that the proven M250 immediately gives their product respect and assurance in the market.”

The M250 was first selected by the US Army in 1958 and received certification in 1962. The proving ground for the M250 engine and Bell airframe in their military role came in the late ’60s and ’70s, a period encompassing the Vietnam War. In its civil form, the OH-58 became the Bell 206A JetRanger helicopter.

Pilots and technicians leaving military service in the mid-late ’70s looked for a career in civil aviation, were trained on the OH-58 and so the JetRanger was the aircraft they opted for. From serving news channels, to police aircraft, air ambulances, sight-seeing and many other roles, JetRangers took to the skies. That period and throughout the ’80s saw rapid expansion in the helicopter market, Allison produced 200 engines a month to meet demand.

Key to success was that these new M250 operators across the globe could rely on the readily available network of independent authorised dealers for their servicing (maintenance, repair and overhaul). They could quickly get the spare parts needed and the modular design of the M250 gas turbine meant that maintenance could be carried out in the field rather than the engine being returned to the original equipment manufacturer (OEM).

Jason Propes, SVP Customer Business Civil Helicopters and Light Turbo-Props for Rolls-Royce takes up the story: “I don’t think anyone else operates such a diverse and focused support model as we do on the M250. Rolls-Royce and its network partners need to be sophisticated enough to support customers who have very large fleets – some over 100 aircraft – and also be approachable enough to be in tune with a single ship operator whose whole livelihood may depend on that aircraft flying,” he adds.

Maintaining the M250’s market position is a priority for Rolls-Royce as it continues to develop the engine and its business in the US. It is doing so via a four-pronged approach:

Looking ahead, the engine keeps gaining footholds on new aircraft programmes and is performing as strong as ever in the market.

On the civil helicopter side, the Model 250 C47E/3 is already destined for the MD Helicopters’ MD530F aircraft and is secured on the MD6XX future helicopter programme.
And it’s not just the turboshaft version that is doing well.

“We had a great entry into service with the Grob G120TP, a two-seat trainer fixed-wing aircraft with the engine in its turboprop form,” adds Tim McGrath, “and the M250 turboprop found yet another certified platform this year as the powerplant chosen by Mahindra Aerospace/GippsAero of Australia for their Airvan10.”

Jason Propes sums it up in this way: “This engine is very reliable, it is very cost-effective for customers and it is backed by the best service network in the industry.” 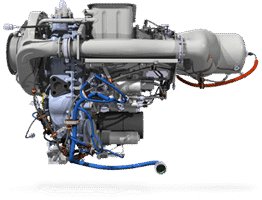 At one point, midway through their journey around the world,... 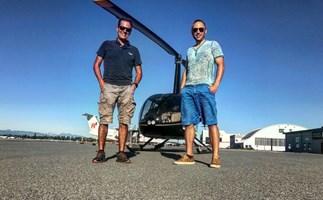